ALGEN in Caen at the new era for innovation conference day

Posted on December 5, 2013 by Alexandre HEUZE

On November the 28th, ALGEN was in Caen for the “new era for Innovation” conference day organized by Synergia, relais d’sciences and the Conseil Regional de Basse Normandie. It was an opportunity for ALGEN, helped by Samuel CAZIN (Vitamean) to meet some of the players on Innovation in Caen and the region.

During this conference, the new building for science, industry and technology in Caen was revealed. This investment should start early next year and be completed end of 2014, beginning of 2015. 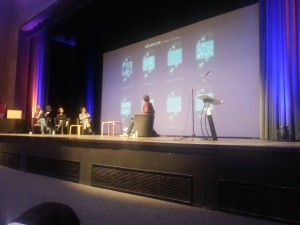 The second part of the day was a discussion about available tools (produced by Universcience) for the harmonization of articles and papers and more globally all actions undertaken on the dissemination of scientific culture, lead by Claudie HAIGENRE. 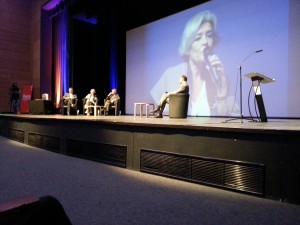